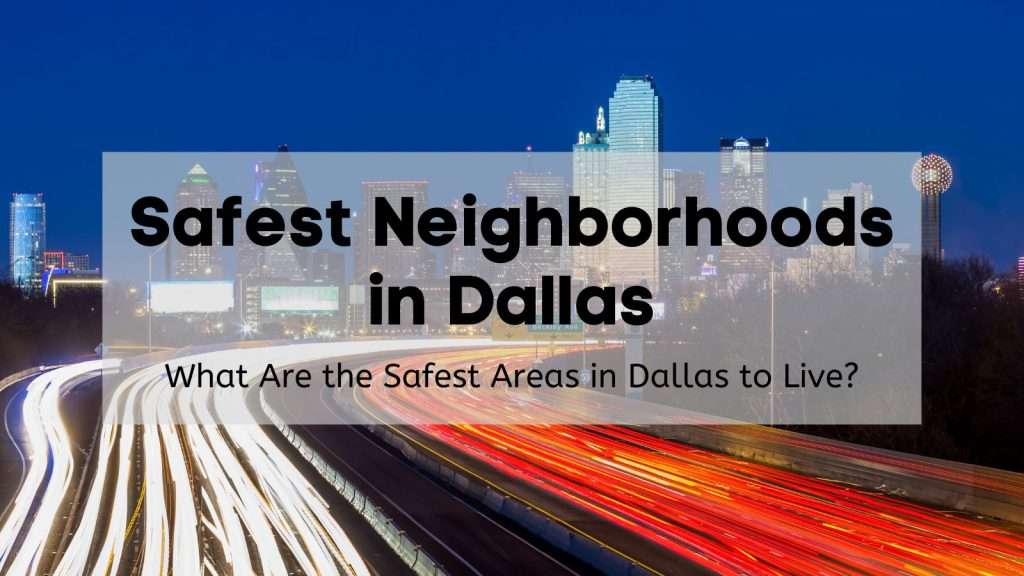 Situated in the northern part of Texas, Dallas is a city that is known for its many exceptional qualities. Home to outstanding Tex-Mex and BBQ restaurants, an Arts District, and a thriving city center, Dallas is the home of choice for 1.339 million residents.

One of Dallas’s biggest draws are its many safe neighborhoods. Although there are parts of the city that have high crime (just like any major city), new residents can choose to settle down in a peaceful community that is safe and quiet.

Finding a neighborhood that suits your needs — and that is safe to live in — is crucial for your overall well being. If you are moving your family to Dallas, it is especially important to reside in an area that is safe for your kids. Backed by the latest data, check out some of the safest neighborhoods in Dallas. 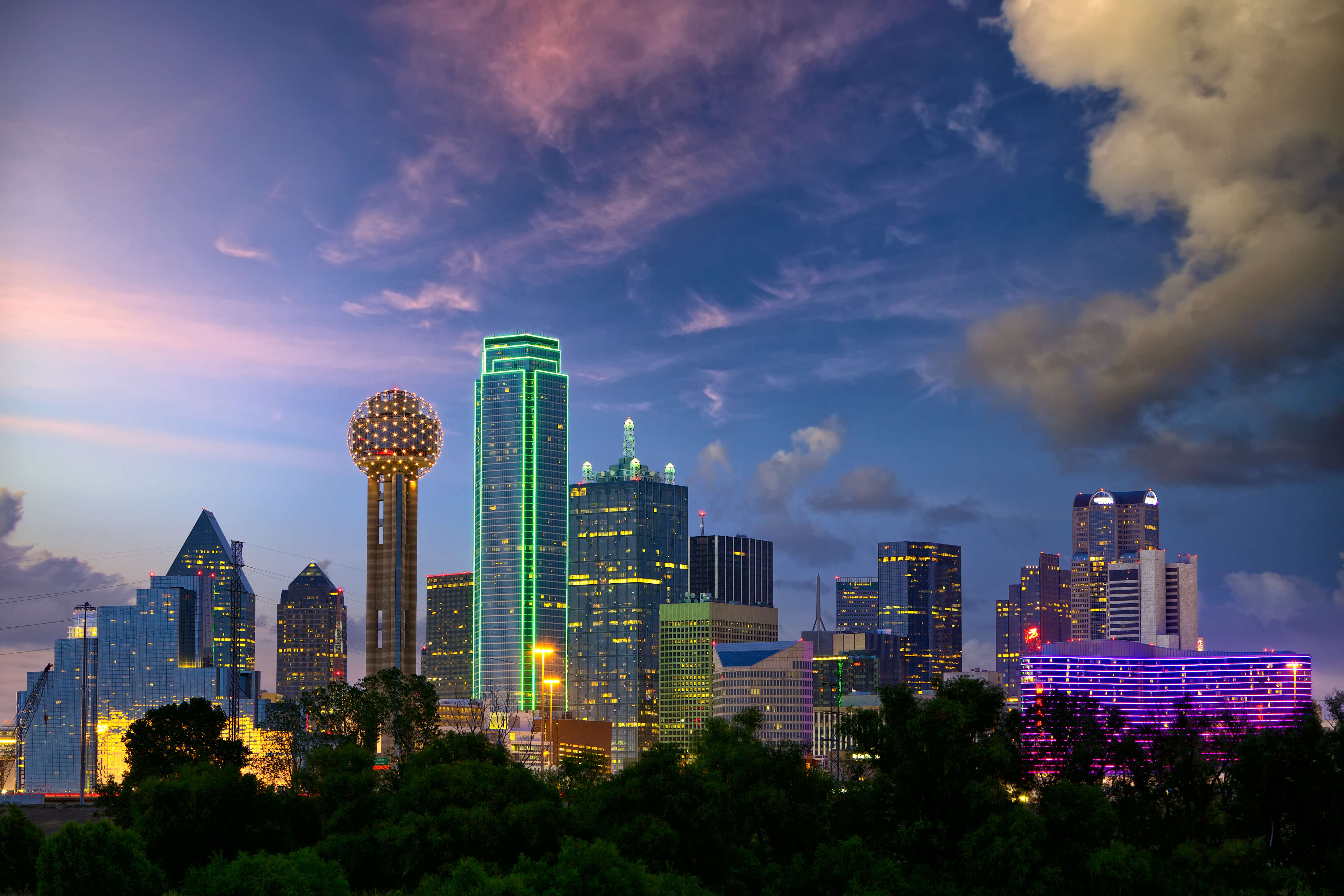 Like nearly every large city, Dallas has a higher than average crime rate when compared with state and national averages. Check out a breakdown of the latest crime data for Dallas:

As you plan to relocate to Dallas, it is essential to get an insider look at the safest neighborhoods in the city. Equipping yourself with the knowledge of what communities are best can help you narrow down your choices when it comes to buying or renting.

As one of the oldest and largest historical districts in the city, Winnetka Heights is brimming with charm. Delivering tranquility and a community-centric atmosphere, it is easy for anyone to feel safe in this neighborhood. You can find this idyllic locale southwest of the city center.

The area is peaceful and tree-lined, and offers the best of both urban and suburban living. Winnetka Heights is located near several parks, as well as the historic Kessler Theater. Residents especially appreciate living so close to West Davis Street, which features dining hotspots such as Old Hag’s Pizza and Pasta, Cannon’s Corner Irish Pub, Wayward Coffee Co., and Nova.

Hands down, University Park is one of the safest neighborhoods in Dallas. Known as an upscale neighborhood that features high-end homes, peaceful residential areas, and the Southern Methodist University campus, it is a convenient and enjoyable place to reside.

University Park is steps away from a number of other top amenities, including the Dallas Country Club (located in Highland Park), several luxury stores (including Fendi and Ralph Lauren), and multiple community parks. Residents have the pleasure of spending time at Curtis Park, Goar Park, and Caruth Park — all featuring a superior selection of options for outdoor recreation. Another exciting aspect of this community is that it offers a wonderful selection of restaurants that span a variety of cuisines. Anyone living in the University Park neighborhood will feel extremely safe, especially with crime rates being significantly lower than national and state averages.

Situated in the Downtown Historic District, City Center District is a marvelous place to live for those who are looking for a safe, centrally located neighborhood. Close to all of Dallas’s major highways and interstates, as well as the area’s top attractions, shopping, and dining, this is a great community for anyone looking to live close to it all.

Typically, it is common to think that the downtown neighborhood of a major city is less safe than suburban communities. However, in Dallas, this is a misconception. City Center District has far less crime than the overall crime rates in Dallas, yet retains the same bustling feel of a traditional downtown area. It is steps away from hotspots such as the Dallas Museum of Art, Pacific Plaza, The Dallas World Aquarium, the Dallas Farmers Market, and the Nasher Sculpture Center. Those who want to live in a city environment that is ultra safe should definitely explore the City Center District.

Lined with sprawling luxury homes and estates, and boasting an exceptional neighborhood safety rating, Highland Park is a picturesque place to live. It is the ultimate spot to reside for those desiring the finer things in life, as this community features some of the best restaurants, amenities, and stores in the city. Conveniently located, going to and from downtown and some of the other top neighborhoods in Dallas is a breeze.

Highland Park encompasses the Dallas Country Club (one of the area’s most exclusive clubs since 1896), high-end stores, and picturesque parks. It is also close to top conveniences, and is minutes away from Highway 75 and the Dallas North Tollway. 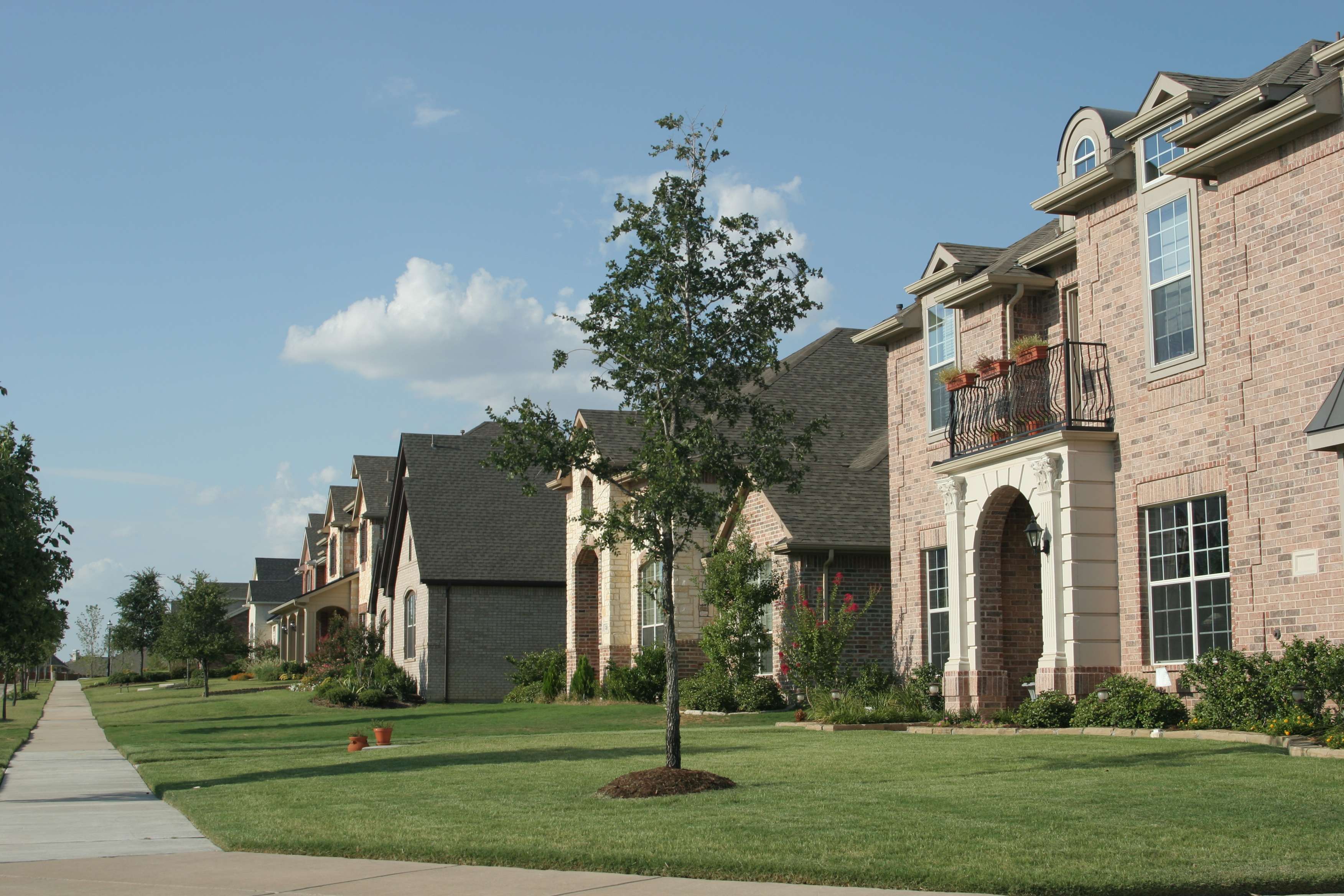 Nestled in the northern part of the city, Bluffview is one of the safest Dallas neighborhoods. Suburban and brimming with lush trees, lovely single-family homes, and quiet roads, this is another excellent place to consider when relocating to Dallas. The community is largely residential, featuring only a few businesses in the immediate area. Bluff View Park is one of the neighborhood’s top attractions, providing a safe outdoor space for individuals, couples, and families to enjoy the beautiful Texas climate.

Map of Safest Neighborhoods in Dallas

Learning about the safest neighborhoods in Dallas is a great way to help you choose the right neighborhood prior to relocating to the city. Once you are ready to settle into your new home, be sure to enlist the help of the best movers in Dallas. Contact our team at Brothers Moving & Storage today at 469-000-0000.