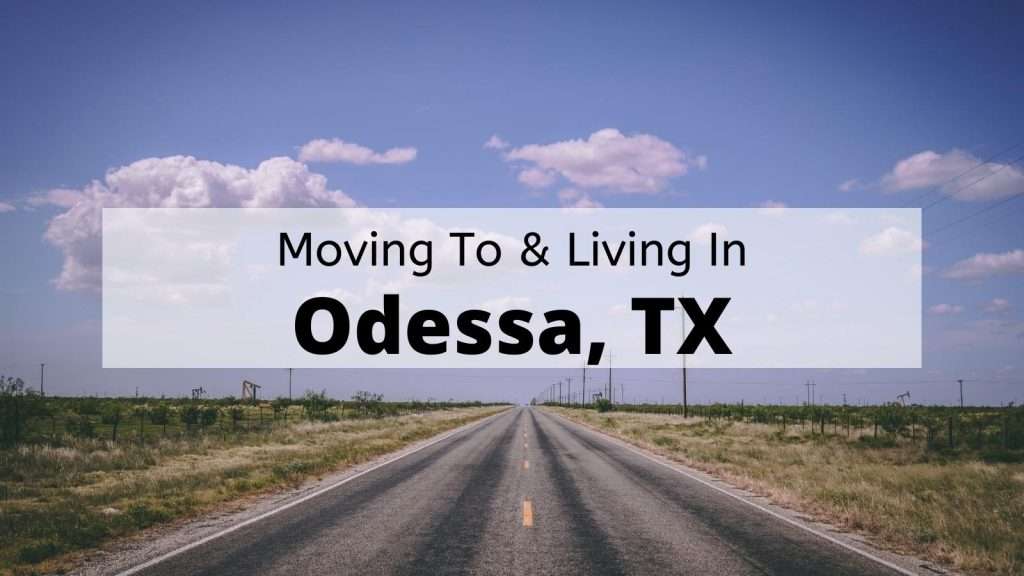 Situated in the magnificent plains of Western Texas along the southwestern edge of the Llano Estacado lives the glorious city of Odessa. Named after the landscape-resembling Odessa in Ukraine, the Odessa of Ector (and partly Midland) County provides a true football and cowboy-lovin’ atmosphere while still keeping up with modern-day architecture and culture. Odessa is the county seat of Ector County and is said to be a quiet and welcoming city that went from a railroad stop for the Texas and Pacific Railway in 1881 to a well-known home of major oil fields in 1926– including the Permian Basin. For those hoping to absorb some rich Texas culture, you will not be disappointed. In fact, former Odessa resident and US president, George H. W. Bush once stated “at Odessa, we became Texans and proud of it.” Despite being nestled 100 miles away from any big cities, Odessa still offers residents plenty of outdoor parks, hotels, cultural restaurants, farms, museums, and bragging rights for living in the setting of the film Friday Night Lights! Odessa is also home to American fashion model Bonner Bolton and American gospel singer Larry Gatlin! Nonetheless, the down-to-earth city of Odessa maintains a relatively safe suburban feeling along with being an excellent place to experience Texan culture.

As the principal city of the Odessa metropolitan statistical area, Odessa’s growing local economy is especially supported by the oil industry and education system. With the median age at 30.7, Odessa’s population is 123,468 and has been experiencing a 1% growth rate since last year. As mentioned by the United States Census Bureau, Odessa’s median household income is $63,847 which is slightly below the US average of $65,712. The job increase rate in Odessa is 4.5% which will be helpful for the 9.9% unemployed.

The racial demographics in Odessa are somewhat diverse with whites making up 79.14% of the population whereas blacks and Asians sit at 6.01% and 1.47%. On the contrary, 50.27% of Odessa’s population consists of females which leaves 49.73% for the males.

Although not all areas in the city meet the ideal level of security, Odessa is home to many safe and reliable areas to live in. According to the FBI, Odessa has a crime rate of 3,973 per 100,000 residents which is slightly above the US average but is mostly property crime that occurs in certain areas. So choosing the right neighborhood and keeping your furry alarm system around the house should do the job. If worse comes to worst, you’ve got all 137 sworn officers of the Odessa Police Department to back you up.

Cost of Living in Odessa, TX

Odessa maintains very affordable costs for what it offers. This is especially due to being in the state of Texas and away from the big cities. The cost of living in Odessa is 6% below the national average. Odessa’s sales tax sits at 8.25% whereas the income tax is at 0%. If you’re searching for a house, the Odessa median house price is $151,500 which is over $130,000 less than that of the state itself. Odessa’s average apartment rents come in at $935.

Below is an idea of Odessa’s everyday expenses provided by Numbeo.

Odessa, TX Neighborhoods | Where to Live in Odessa

The laid-back city of Odessa offers an array of desirable areas especially towards the city center, whereas the most affordable houses in Odessa are typically situated in the southeast. The neighborhood of John Ben Shepperd Pkwy is perfect for those seeking upper-middle-class neighbors and walking distances to shops, restaurants, Memorial Park, and The University of Texas Permian Basin. About 5 miles west from here is the Andrews Highway neighborhood that’s just a few blocks away from the local airport and the Ratliff Ranch Golf Links.

Odessa TX is about 350 miles from Dallas and will take you about 5 hours by car. Wherever you decide to set up camp, Odessa is sure to give off authentic country vibes and serene satisfaction to any future resident. If you’re looking to buy a home within the city, then take a look at some online home listings in Odessa, TX.

If moving to Odessa, you can expect to get used to the typical West Texas semiarid climate. This means that Odessa experiences mild and dry winters with a low of 32 degrees Fahrenheit, whereas the summers in Odessa are rather hot and sunny with a high of 95 degrees Fahrenheit. This climate often encourages locals to take advantage of the heat by taking the kids to the park for a swim in the community pool! You won’t be paying for a tanning booth during the 256 days of sunshine in Odessa, and no need to buy another umbrella with only 15 inches of rainfall per year. With spring and fall as the most comfortable seasons, the best months to visit Odessa, TX are in April, October, and September. 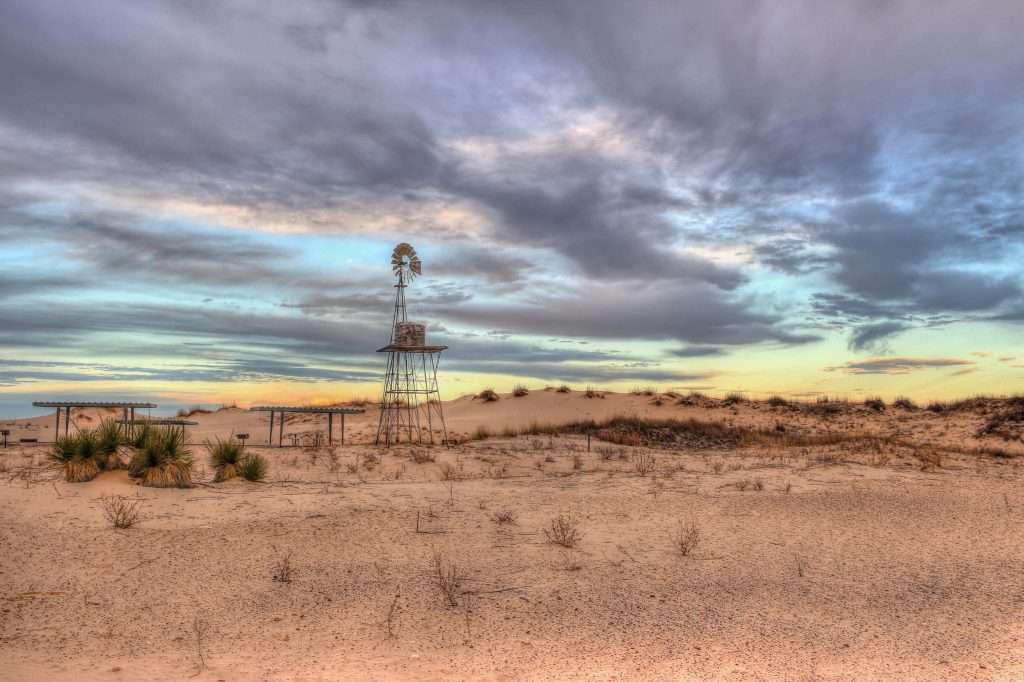 Things to Do in Odessa, TX

Odessa offers residents plenty of parks, pools, and stuff to keep the kids busy! For exciting events to attend in Odessa, check out the city website here! Below are a few fun things to do in the city of Odessa!

This fun recreational green space is the perfect place to take the kids on a hot summer’s day! It features a water play area, picnic spaces, and even sports courts– all free of charge!

Located on the city’s university campus is this fascinating replica of the original Stonehenge in England which first stood around 10,000 B.C. Grab your camera, the kids, and a learning mood because this historical site makes for an interesting and fun quick-stop!

All 16 trails as well as 35 parks and amenities in Odessa are served by the city’s Parks and Recreation Department. If you’re looking for a place to lighten your wallet, shop at Odessa’s most remarkable shopping center, the Music City Mall! Here, you can enjoy the movie theater, an ice rink, and popular stores like Sears and JCPenney!

This family-owned Italian restaurant in Odessa is the perfect place to go for those craving a wide selection of delicious pizza, calzones, sandwiches, steak, pasta, and other classic Italian food!

As a local landmark of Odessa, this restaurant offers a soothing rustic environment along with excellent sides and steaks that will make you want to come back the next day!

Explore even more places to go in Odessa with this map below!

For those looking to earn a living, keep in mind that Odessa’s economy is primarily driven by the oil industry due to the city sitting on one of the most significant oil and gas reserves in the world. Given this, some of Odessa’s major employers include petrochemical processing and oilfield supply companies like Halliburton and NexTier Complete Solutions. However, the oil industry is certainly not the only option for employment in Odessa! You can also find an array of positions in the education, government, and healthcare industries with some of the top employers being Ector County I.S.D. and the Medical Center Hospital. As stated by Payscale, the average base salary in Odessa is $67,000 whereas the hourly rate sits at $19.98. If you’re looking for work, try browsing online for jobs in and around Odessa, TX.

If you’re thinking about working in or even moving to Midland– the nearest same-sized city, the distance from Odessa to Midland is just shy of 23 miles east.

Odessa’s plentiful and highly-rated schools are served by the Ector County Independent School District. Some of the city’s top schools include Nimitz Middle School and Odessa High School.

Whether or not you’re a student of Odessa’s University of Texas Permian Basin, when it’s time to catch up with schoolwork you’ve got the Ector County Library to rely on.

Tips for Moving to Odessa, TX

If you’re contemplating moving to Odessa, Texas but don’t know where to begin, Brothers Moving & Storage is here to help! Our crew of friendly trained professionals and top-rated Odessa moving services will make your relocation as stress-free as possible. Take the first step to living in Odessa by calling us at 432-000-0000.