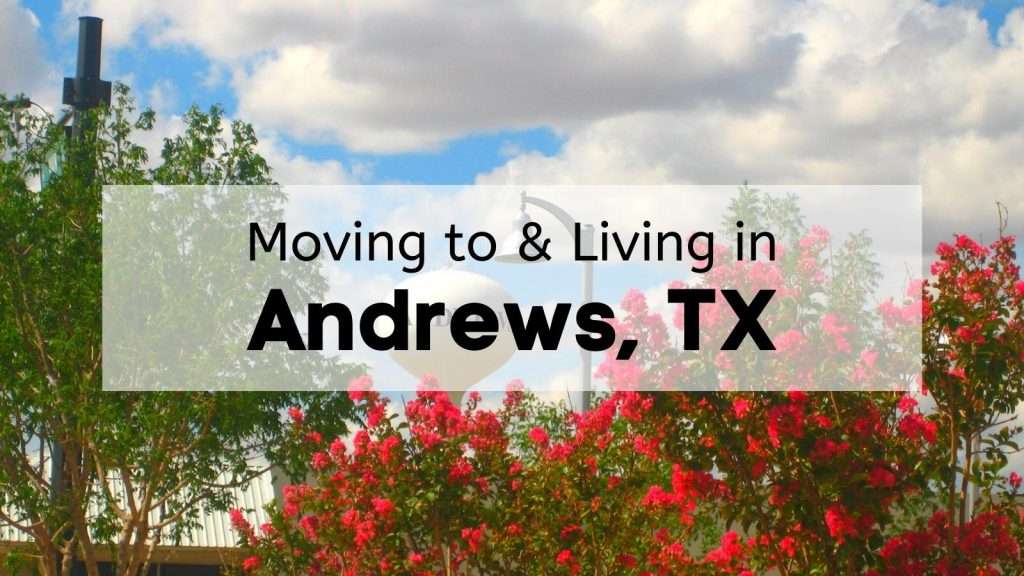 Far southwest within the red-banded wilderness of Texas’s Panhandle plains lives the fast-growing yet small-town-feeling city of Andrews. Situated in the Permian Basin of West Texas, the rural and laid-back city of Andrews is the only incorporated city in Andrews county. Both Andrews and Andrews county were named after the first Texan soldier to pass during the Texas Revolution- Richard Andrews. Incorporated in 1937, Andrews had been situated on crude oil and rich soil and thus became a major oil-producing area in the state of Texas. The safe city of Andrews is known to be an excellent place to raise a family and grow old, and its community is said to be close-knit and very neighborhood friendly. Andrews is also home to top-rated schools, several great churches, relaxing parks, hotels, tasty restaurants, and even a public pool! The city is rather photogenic being that the TV series Black Gold was filmed here as well as in parts of the documentary, Gasland. Andrews has resided numerous notable people such as the American professional golfer, Chad Campbell, and the American author and minister, Max Lucado. While also standing in the heart of West Texas’s ranching and cattle country, Andrews provides decent proximity to nearby popular cities such as the Midland-Odessa area.

As the county seat of Andrews County, the city of Andrews has a population of 13,487 which has gone up by 21.6% in the last decade according to the United States Census. Of this population, 72.3% have attained a high school diploma or higher, and 13.4% have attained a bachelor’s degree or higher. The median age in Andrews sits at 30.5 years whereas the median household income is $76,342– over $14,000 above the state average. 61% percent of residents in Andrews are married and their homes have an average of 3.11 persons per household. The job market in Andrews has increased by 3.3% in the last year which is beneficial for the 7.7% unemployed.

The racial demographics in Andrews are heavily diverse with Hispanics and Latinos making up 60.2% of the population, whites making up 35.1%, blacks at .9%, and Asians at .5%. The gender makeup in Andrews, TX is made of 50.2% females which leaves 49.8% for the males.

According to the FBI, you’re chance of becoming a victim in Andrews, TX is 1 in 51 which is below both the state and nation-wide. Andrews, TX is an overall safe place to live being that the total crime rate per 100,000 residents is 1,967 which is 30% lower than the U.S. average of 2,477. In the case of an unlikely and unwanted event, you’ve got all 20 sworn officers of the Andrews Police Department to keep you safe.

Cost of Living in Andrews, TX

If anyone knows anything about rural Texas, they’re probably familiar with its below-average prices. According to the Economic Policy Institute, it’s advised for a family of four to be making at least $75,636 a year in Andrews County. Andrews, TX is very affordable because it beats the state average cost of living and is 11% below the national average. Andrews has a sales tax of 8.25% and 0% income tax thanks residing in the state of Texas. Based on Datausa.io, the median property value in Andrews sits at $147,400 which is over .6 times less than the national average. In case you’re looking to rent, Andrews has a current average monthly rent of $790– just a tad below the state average.

Below is a list of Numbeo’s everyday expenses in Odessa, the nearest and largest city to Andrews. With that being said, the following prices reflect but may slighter differ from the exact prices in Andrews:

Andrews, TX Neighborhoods | Where to Live in Andrews, TX

The highly affordable city of Andrews is home to several different areas– each with its own amenities and characteristics. The outer perimeters of the city are known to be the safest and most sparse, whereas the center of the city is more active and supplied with restaurants. The east side of Andrews will bring you closer to the golf course, airport, and the Ace Arena sports complex whereas the western end contains more parks and football fields.

If interested, try searching up houses for sale in Andrews, TX. All areas provide about a 37-mile drive from Andrews to the Midland-Odessa area which takes you south on the road for 40 minutes. If you’re looking for an even larger city, the distance from Andrews to Lubbock is a little over 100 miles north. Wherever you end up, the neighborhoods in Andrews are bound to serve you with a rural, country-side atmosphere and safe surroundings.

The city of Andrews, TX is within a semi-desert region whereas the summers are hot and dry with highs of 94 degrees Fahrenheit and the winters are mild with lows of 30 degrees Fahrenheit. You’ll have to dig out your umbrellas and sweatshirts during Andrews’ annual 16 inches of rainfall and 4 inches of snowfall. You’ll be kept warm throughout the 265 days of sunshine in Andrews! This above-average sunny climate allows residents to utilize their sunglasses and enjoy the public swimming pool! With spring and autumn as the most likable seasons, the best months to visit Andrews, TX are in April, September, and October. 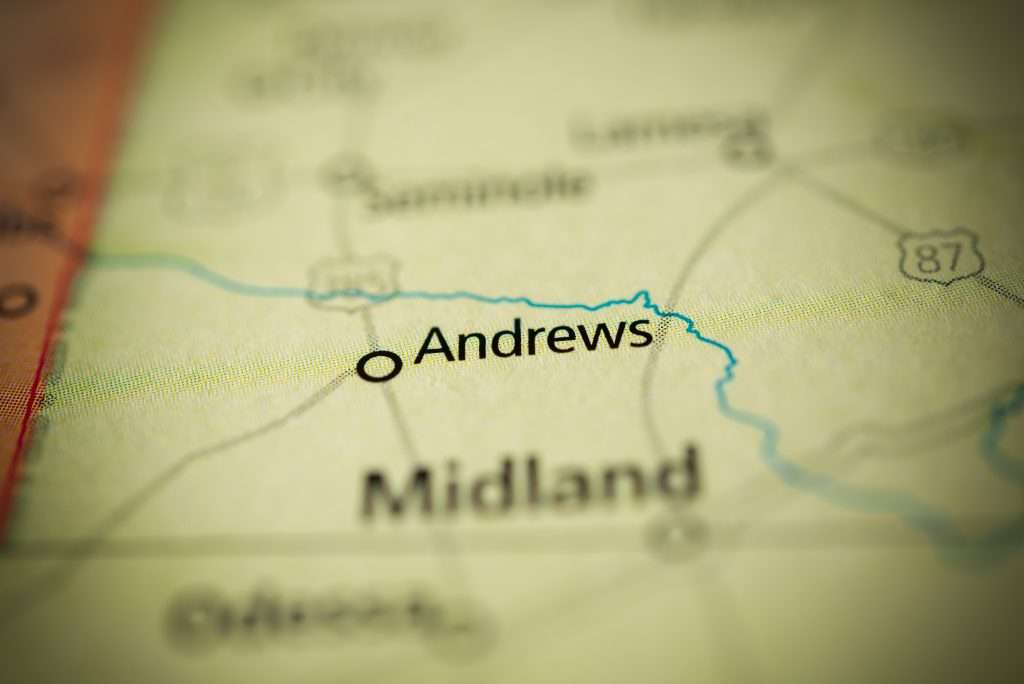 Things to Do in Andrews, TX

Andrew, TX has several parks and attractions open for the public to enjoy. For those craving to spend some cash, there is an outlet store and one variety store within the city limits. If these aren’t the size you’re looking for, the top-rated Cornerstone Shopping Center in Midland might be your best bet. Take a look below at some fun places to go in Andrew, TX!

This amenities-filled park is situated in the center of Andrews and features walking trails, a softball field, playgrounds, and a small lake with an island. Talk about the perfect place to go and relax with the family!

This excellent public swimming facility in Andrews has everything from a lap swimming pool, to aquatics programs, to a splash and play area for toddlers! You’ll find this pool to be the perfect place to host a pool party or teach your little ones how to swim!

All parks and recreational facilities are served by the City of Andrews Parks and Recreation department and the Andrews County Parks Department. If you’re hoping to tune in on events in Andrews, TX, you can check that out here.

What unfolded right before our eyes last night south of Andrews, Texas was something I’ll never forget. From a bust of a day to one of the best moments in my chasing career. The colors, the hail dumping, the roar we could hear coming…I am still feeling euphoric. @CanonUSA #txwx pic.twitter.com/6cY3yO0FPw

If you’re looking for a cozy restaurant with tasty American fare and Mexican cuisine, this local steakhouse in Andrews is the place to go!

Cassidy’s sub shop is a great restaurant with phenomenal service. Their fresh and homemade food includes everything from delicious subs to juicy burgers!

Agriculture was the first industry to attract pioneers to the Andrews, and oil production was the city’s first mainstay. To this day, the oil and gas industry in Andrews, TX continues to provide a major source of employment throughout the city whereas management positions and technology directors follow close behind. One of the biggest employers in Andrews is the Permian Regional Medical Center with up to 500 employees.

According to Payscale, the median base salary in Andrews is $70,000 and the average hourly rate sits at $17.70. If you’re looking for employment, try searching for job openings in or around Andrews, TX.

The school system in the city of Andrews is known for succeeding both academically and athletically. All five public schools and one education center in Andrews are served by the Andrews Independent School District. Some of the top schools include Andrews Middle School and Andrews High School.

Andrews, TX of Andrews county has a land area of 6.96 square miles and a population density of 1938 people per mile. The city of Andrews has an elevation of 3,176 feet and the zip code of 79714. With the area code of 432, Andrews is within the Central Time Zone. In case you’ll have plans to travel by air, the Andrews County Airport-E11 is the closest airport nearby, and the Midland International Airport is the largest.

Check out even more places to go with this map of Andrews below!

Fixed on living in Andrews, TX? Brothers Moving & Storage will give you a stress-free move! Call us at 432-000-0000 so our trusted Andrews moving services can help you out!