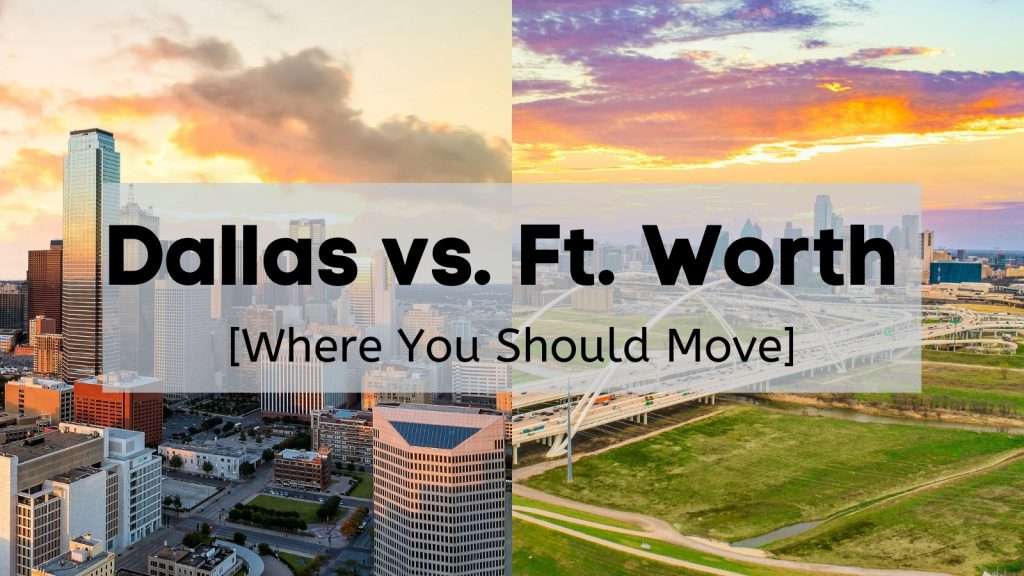 Dallas vs. Ft. Worth | ⭐️ Comparison, Pros & Cons, Which City is Better for You?

Are you moving to Texas and trying to decide between living in Dallas or Ft. Worth? The factors that help determine this decision are Dallas vs. Ft. Worth advantages and disadvantages. This choice can be difficult considering they are both spectacular cities with loads of fun activities, nice weather, soaring skyscrapers, ethnic diversity, and lively atmospheres. Nonetheless, both cities have their own unique set of characteristics and cultures.

There are many benefits and drawbacks to consider when trying to figure out which city is the right fit for you. You’ll want to have a full understanding of the city’s cost of living, weather, population, and amenities before relocating. To help you out, we’ve made this highly-detailed Dallas and Ft. Worth pros and cons list!

If you’re looking for a city with an abundance of upscale shopping and boutique options, look no further than Dallas. The city is bustling with high-end shopping malls and stores all around. You can find everything from Versace to Louis Vuitton at shopping malls like the 235-store NorthPark Center and the 1,428,000 square-foot Galleria Dallas.

Dallas, also known by the nickname “The Big D,” is also home to many diverse restaurants based on a blend of unique cultures. The food options include Mediterranean, Chinese, Filipino, Colombian, Nigerian, Japanese, Mexican, Italian, and much more!

Sports are a Huge Part of Dallas Culture

If you’re a fan of major-league sports, then Dallas will not disappoint. The vibrant city of Dallas is home to six professional sports teams including Dallas Stars, Dallas Mavericks, Dallas Jackals, FC Dallas, Dallas Wings, and of course– the famed Dallas Cowboys.

Whether you want to tune in on a football game with your friends or take the family out to a baseball game, Dallas has just about every sports event you can think of. The variety of major sports in Dallas offers enjoyment for every fan, family, and budget.

One of the benefits of the city of Dallas is the booming job market– so finding a job here shouldn’t be an issue. The job growth in Dallas has increased by 15.4% in the past decade– this is 9.1% above the nation’s rate. There is a 45.1% future job growth rate in Dallas which exceeds the U.S. expected rate of 33.5%. 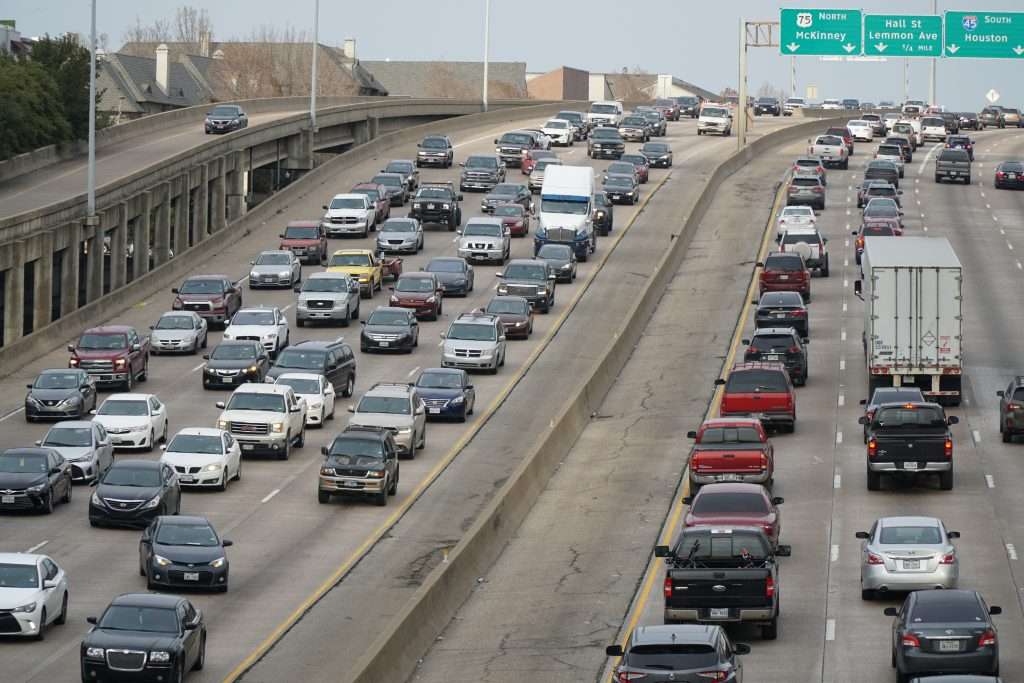 There Can Be a Lot of Traffic in Dallas

If there’s one thing all 9 to 5 working residents of Dallas are all too familiar with– it’s traffic. From 7 am to 9:30 am in the mornings and 3 pm to 6:30 pm in the evenings, it’s easy to get caught in a line of rush hour traffic that sets you back an hour. Thankfully, you can stay in tune with traffic and road changes or construction in Dallas by visiting this website.

Dallas has 339.58 mi² of total area. The population in Dallas is 1,304,379 which means the population density is 3,841 persons per square mile. This is about twice as packed as Ft. Worth, yet several times more dispersed when compared to cities like NYC or LA.

Dallas Has a High Amount of Crime on Average

Nonetheless, there are plenty of safe neighborhoods in Dallas to consider. Some of these include Winnetka Heights, University Park, and City Center District.

Living in Ft. Worth Pros 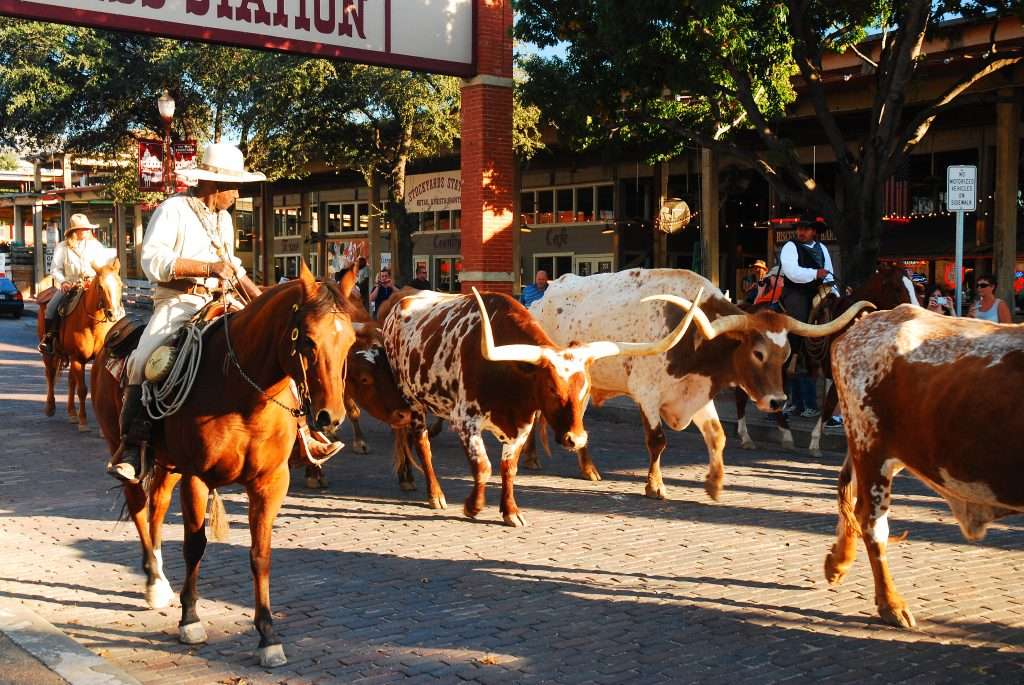 Fort Worth, also known as “Cowtown,” retains much of its laid-back vibe and cowboy culture that has been passed down for centuries. The city is known to be welcoming, friendly, and home to outstanding arts and culture. Unlike Dallas, Ft. Worth is more spread out and takes on that “big city” energy while still feeling like authentic Texas culture. In case the cowboy culture isn’t up your alley, keep in mind that it isn’t citywide.

Downtown Ft. Worth is known to be vibrant, thriving, and abundant with natural green space. Scattered throughout the town are lots of interesting shopping, events, and classic rodeo shows– one of which is The Stockyards Championship Rodeo. Featuring everything from bull riding to barrel racing, this show is perfect for those looking for a true Western cowboy experience.

Ft. Worth has an Affordable Cost of Living

Ft. Worth is known to be a friendly and welcoming city with many safe and quiet areas that are perfect for families. With a crime rate of 3,133 per 100,000, the crime rate in Ft. Worth is just 11.5% higher than the state which certainly beats the Dallas crime rate of 4,184. You’ll also have a 1 in 32 chance of being a victim of crime. Considering this, Ft. Worth is a relatively safe city to raise a family.

Living in Ft. Worth Cons 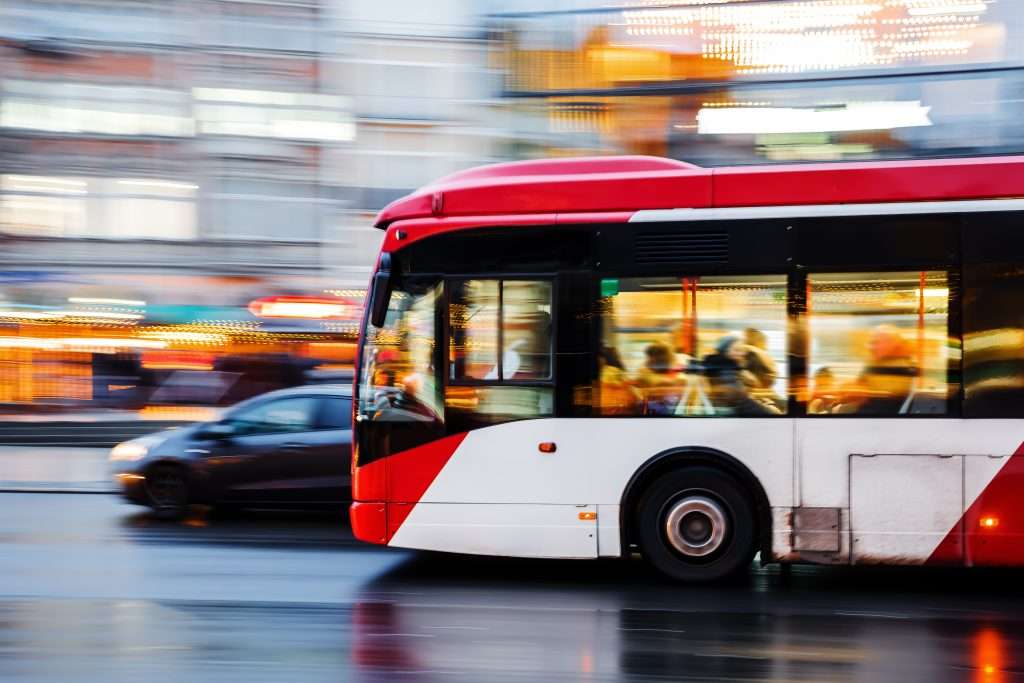 A Lack of Public Transportation

One of the drawbacks of Fort Worth is that the city is very decentralized whereas the downtown is compact and walkable and everything else is spread out miles away. There aren’t enough ​​people available to become regular riders of public transit. Because of a lack of local support, Fort Worth falls behind other comparable Texan cities in its efforts to fund public transportation and grow the transit system.

The Suburbs Miss Out on City Services

Many of the new suburbs are geographically situated outside Fort Worth. Because of this, the city of Ft. Worth doesn’t receive the taxes from those suburbs. Therefore, you can’t access city services if you move into those suburbs.

The Fort Worth Independent School System (ISD) has been lacking sufficient funding which has led to poor building conditions and overcrowding. The quality of the school depends on which school you go to– some are great while others are below-average. The good news is that there have been recent signs of improvement in the school district under new leadership.

The Cost of Living in Dallas vs. Ft. Worth

Nearly all factors on Numbeo’s cost of living index state that Ft. Worth is more affordable than Dallas. Below is a list of typical living expenses that show how Dallas versus Ft. Worth has a noticeable distinction when it comes to prices.

Additional Things to Consider Between Dallas vs. Ft. Worth

There are over 385,000 more people living in Dallas than in Ft. Worth. Both cities have roughly the same area in square miles– Ft. Worth being slightly larger. In other words, Dallas is about 45% more densely crowded than Ft. Worth.

Crime Rate in Dallas vs. Ft. Worth

Dallas vs. Ft. Worth Climate

You won’t find anything too noticeable about the weather differences between the Dallas vs. Ft. Worth climate. Both areas have highs of around 95°F in summer and lows of around 35°F in winter. For the most part, the weather is comfortable in both Dallas and Ft. Worth– especially in April, May, and October. Each city experiences about 230 days of sunshine. Because of the elevation, Dallas has a few more muggy and rainy days when compared to Ft. Worth.

Dallas to Ft. Worth Distance

Culture/Things to Do in Dallas vs. Ft. Worth

While both cities have an endless amount of things to do, Dallas has more of an urban, chic, upscale, and face-paced assortment of amenities and culture whereas Ft. Worth gives off a casual, western, family-friendly, and laid-back vibe.

Dallas vs. Ft. Worth: Where Are You Moving?

Now that you know more of Dallas vs. Ft. Worth pros & cons, ins and outs, it’s ultimately up to you to decide if Dallas or Ft. Worth is right for you based on the lifestyle you prefer.